Dear Almas, Our Hearts Are Broken! 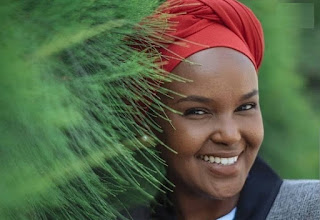 Dear Almas, words can’t express how much our hearts are broken and shattered into pieces by your sudden departure. As we write this tribute, we hope and pray that you are resting in the highest position of heaven, that the doors of heaven have been widely opened for you. May the Almighty Allah shower his mercy upon you and add you among the ones he is pleased with. We are still mourning and devastated by the fact that your precious life was brutally taken away too soon from us and until now we remain unaware of the heartless shooter who pulled that trigger. Perhaps the bullet that hit you is still feeling guilty. We wish the bullet would have been able to speak, to tell the truth to our unsewered questions.  What painfully strikes us the most is the beautiful unborn baby that was taken along with you before s/he was even born, you were supposed to be a mother not a victim of a cold-blooded shooting. They didn’t just kill you, they took two lives away from their loved family, away from us, away from all Somalis.

A Noble Family (the Elmans)

You were the eldest of a noble family who dedicated their entire lives campaigning for peace and human rights in a country engulfed with beleaguered violence. Your father Elman Ali (May he rest in paradise) was himself killed by ruthless anti-peace warlords while he was busy lighting the streets of Mogadishu with his peace campaign and supporting the orphans he cared for. Then came along you, who decided to continue carrying the legacy your father left behind and serve the communities he served but the reward was heartbreaking. Your mother, Fartun Abdisalam, a champion of human rights and peace campaigner, founder of Elman Center who is now living with the unforgettable ordeal of not having you around. The reality of a mother losing her eldest child is the most unbearable pain a parent could face. And your sister Ilwad who was nominated for the Nobel Peace Prize this year for her exceptional work on peace and human rights in Somalia. Your beautiful sister Iman who put her life on the line to save others by serving the national army. We owe your family a big debt of gratitude!

We will Remain Unbowed

Your departure made us speechless wondering who will be the next victim because, before you, we have lost many other instrumental sisters and mothers. Not too long ago it was the legendary Somali singer/songwriter Saado Ali Warsame and HodanNaleye, the unforgettable journalist and storyteller who was changing Somalia's negative narrative with the power of social media. Both of them just like you, were instrumental and central part of our country's rebuilding mission. All of you were the eyes and ears of an entire generation with dreams of having a peaceful country. However, this particular target towards the preeminent sisters among our community is dashing our hopes and shattering our dreams. Certainly, this shows that we live in a country in which the murderer would not know as to why she/he has killed and the slain would not know as to why she/he has been murdered.

Despite all the heartache and the deep sorrow we feel, we assure you that we will remain unbowed and continue your legacy in the face of this injustice. We will remain committed to empowering the young generation and inspiring more women as you did before.

Demanding Justice
For a very long period, so many precious lives were taken in Somalia with total impunity under our watch but we (the citizens) have now reached the boiling point. Our resilience has been tested the moment they came for you inside the most protected compound in Somalia. We demand a full and thorough investigation of the circumstances surrounding your mysterious death. We will not rest until the one who fired the bullet that killed you is brought before justice and punished under the law. We can no longer accept to live with the reality of losing our loved ones while slayers go unpunished, probably hunting the next one. We can no longer live with the fear of witnessing another family going through similar harrowing circumstances.

Your beautiful memories will forever remain with us.